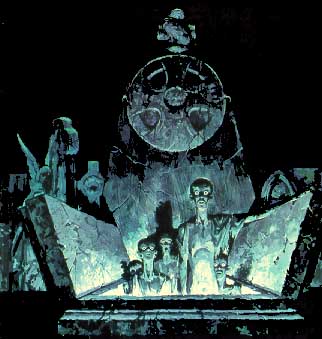 [BUREAU OF THE UNSEEN] 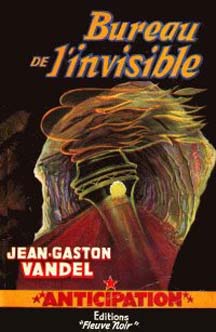 The "Bureau de l'Invisible" (Bureau of the Unseen) is a private organization which assists people in distress who cannot otherwise be helped by regular means. It often refers would-be customers to medical doctors, the police, lawyers, private detectives, or even priests, if they feel that the kind of services they require do not fall within its purview. The Bureau charges money for its services. It is located at 28 Crawford Street, a corner away from Baker Street in London.

The Bureau of the Unseen was founded by Spencer Kerrick, a tall, brown-eyed man, with total recall and the ability to shield his mind. Kerrick found a mysterious alien metal rod in the heart of the Sahara in ancient ruins -- possibly remains of Atlantis. The rod was made of a metal unknown on Earth, and carved with microscopic alien writings.

Kerrick enlisted the help of Hindu mystic/telepath Hamid Chanar to decypher its secrets. Chanar used his own psychic abilities and automatic writing to translate the writings, which enabled Kerrick to unlock the secrets of an alien science known only as "MKR", which dealt with the powers of the mind over various forms of energy, psychic science, sleep, light, communication with the dead, etc.

Kerrick decided that mankind was not ready for such secrets, but decided to establish the Bureau of the Unseen to help humanity. He recruited various latent paranormals and used the secrets of the rod to train and develop their powers. In addition to Kerrick and Chanar, the other members of the Bureau are:

The Bureau's recorded cases include:

Other cases mentioned but not recorded included searching for a woman who had vanished ten years ago; looking into a man's missing memory; putting an end to the sinister noises which terrified a Sussex Castle; and recovering a mysterious lost jewel.

While written in 1956, the Bureau's adventures were said to take place in an undetermined near-future, 10 or 20 years later. 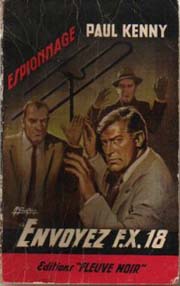 A notable writer published by Fleuve Noir's Anticipation imprint in its early days was "Jean-Gaston Vandel", the pseudonym of the writing team of Jean Libert and Gaston Van den Panhuyse, who also used the alias of "Paul Kenny" to create a popular James Bond-like hero, Coplan FX-18, whose adventures were published by Fleuve Noir in its Espionnage imprint starting in 1953 with Sans Issue (No Exit) (No. 38). Libert continued the series alone after Van den Panhuyse's death until 1986, when he was forced to retire for health reasons. Coplan was then taken over by Serge Jacquemard. The series was finally discontinued in 1996.

The success of the Coplan series caused the two writers to abandon Vandel's career after only eighteen science-fiction novels, published between 1952 and 1956. These emphasized the importance of tolerance and communication between different species. The survival of the species was a recurrent theme in their surprisingly pessimistic fiction. Bureau de l'Invisible (1956) was their 17th (No. 61, 1956) and penultimate novel. It was reprinted by Fleuve Noir in its Super-Luxe/Lendemains Retrouvés (No. 22) imprint in 1976 (with a sci-fi cover that bore no relations whatsoever to the book's contents).

It was adapted as a comic-book in Nos.9-10 of ANTICIPATION published by Aredit in 1978.