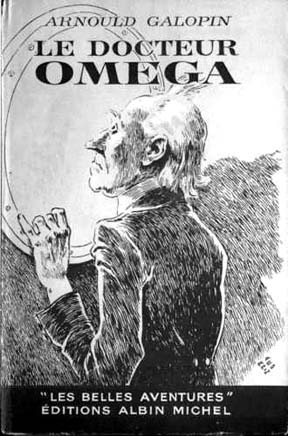 Dr. Omega is the mysterious inventor of a projectile-shaped craft dubbed "Cosmos" which can also function on land and under water. The "Cosmos" is 13 meters long and 3 meters in diameter. It is made from a substance called "stellite" or "repulsite" (depending on which edition you read) which repels space and time and enables it to travel in the aether. Its interior is divided into four sections, each lit by electric lights powered by a generator run by an eight-cylinder 200-horsepower motor. The floors are all suspended upon universal joints in order to maintain a normal level. The portholes are made of transparent stellite. In addition to the bridge, the other sections of the ship include a storeroom, an armory, and the crew's sleeping quarters. 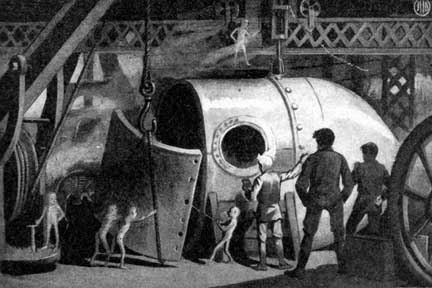 Dr. Omega's companions in his travels are two Frenchmen: his neighbor Denis Borel (the narrator), and his worker, the hulkish Fred. Dr. Omega and his two companions travel to Mars. They first land in one of the Martian seas, and do some underwater exploration, during which they encounter phosphorescent fish and aggressive reptilian mermen. Back on the surface, they are attacked by savage dwarf-like beings with long, tentacled arms. 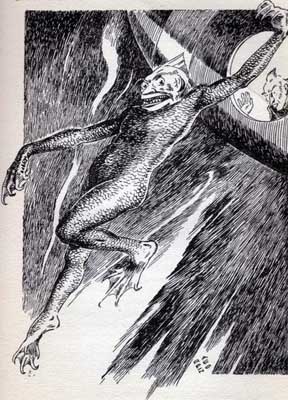 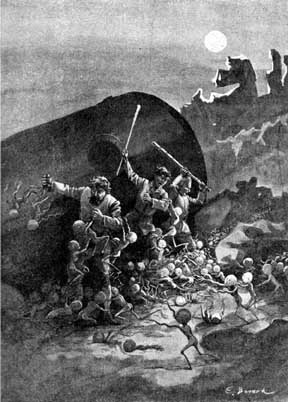 Later, they explore the Red Valley in which bat-men have developed artificial wings to cohabit with deadly snakes. They meet another race of civilized macrocephalic gnomes, and are taken before their King, in the city of Fire. They learn to communicate with these Macrocephales, and help them in their war against their Southern enemies, the Cacocytes. 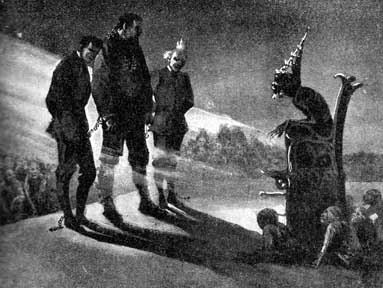 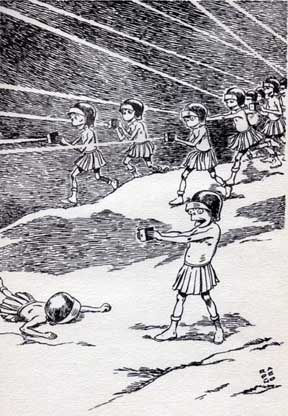 The Macrocephales wish to keep Doctor Omega and his companions prisoners on Mars; however, they manage to broadcast an SOS and are rescued by the mysterious Professor Helvetius. They eventually return to Earth, with the Martian Tiziraou. 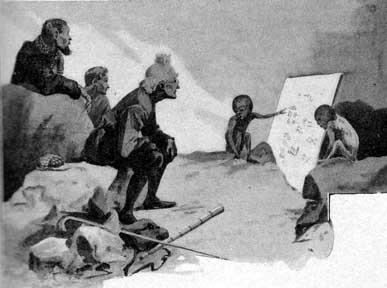 Many thanks to Marc Madouraud.