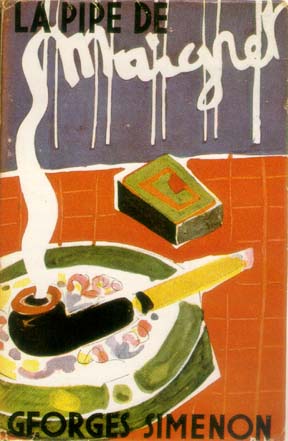 There already is a remarkably exhaustive and beautifully illustrated English-language site devoted to the character of Maigret, and therefore we did not believe that it was necessary to repeat the same information here. At the same time, we strongly felt that Maigret should be included in the French Wold Newton Universe site, and therefore deserved a page on this site. So what we have done is list a few basic facts, then create a link to the appropriate pages from the Maigret site.


URL to the MAIGRET site:
http://www.trussel.com/f_maig.htm

Jules Amedée François Maigret was born on February 13, 1887, in Saint-Fiacre, near Moulins, in Central France. His father, Evariste Maigret, died in 1908. After leaving medical school, Maigret moved to Paris and married Louise Léonard in 1912; the couple soon moved from the Place des Vosges to their permanent address, 132 Boulevard Richard-Lenoir in the 11th district of Paris. Maigret's first investigation was at age 26 in 1913. He was promoted Inspector at age 35 in 1922, then to Commissioner in 1928. His work during World War II in the Free France remains unchronicled. It is generally estimated that Maigret retired at 69 and/or c. 1956 to his holiday house in Meug-sur-Loire, where he and Madame Maigret lived happily ever after (even though he was still involved in solving several mysteries during his retirement).

Bibliography -- the Maigret books and stories:

There were four "proto-Maigret" novels written by Simenon in 1929 under pseudonyms, which he later deemed to be outside continuity. The first "official" Maigret novel was Pietr le Letton published in 1931. In total (excluding the four proto-novels mentioned above), there are 75 novels & 28 stories (103 texts) featuring Maigret. The last was Maigret et Monsieur Charles published in 1972.

Story summaries of the Maigret books and stories:
http://www.trussel.com/maig/maiplots.htm 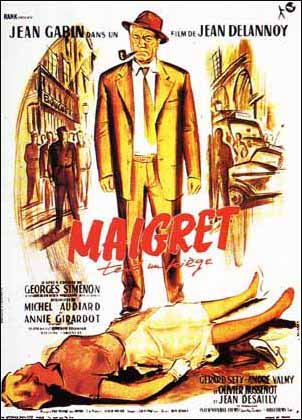 Maigret was the subject of many film and television adaptations in several countries.

In the U.S., there was a 1949 movie starring Charles Laughton (The Man on the Eiffel Tower), two television adaptations, both on CBS, one in 1950 starring Herbert Berghof, and one in 1952 starring Eli Wallach, and more recently a 1988 co-production television movie starring Richard Harris.

Maigret in the Comics:

Maigret in the Comics:
http://www.trussel.com/maig/bandes.htm#mort