Wampus is the story of an alien monster with shapeshifting powers who has been sent by an evil cosmic intelligence -- the "Great Mind" -- to destroy Earth.  He is discovered and pursued by French secret agent, Jean Sten.  In the course of six issues, Wampus causes havoc and destruction in France, Germany, New York, Tokyo, London (which is destroyed by a tactical nuclear device) and Spain. 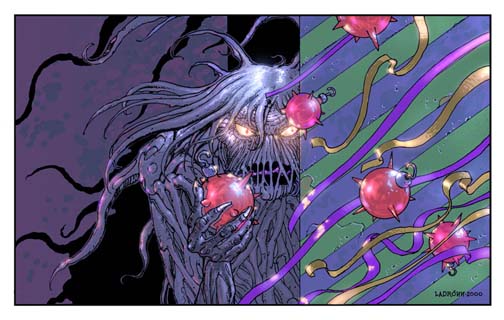